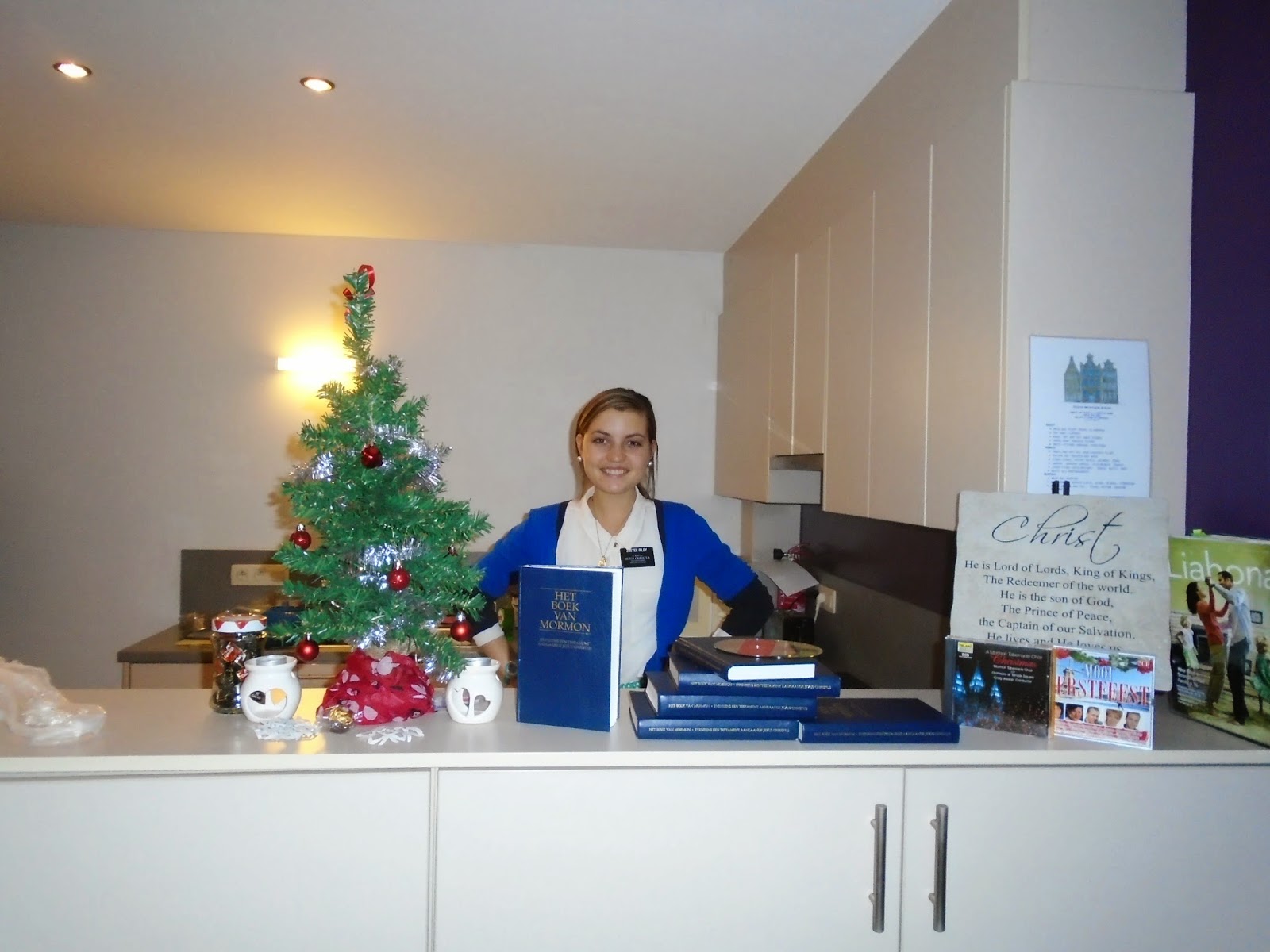 Christmas in our appt.! 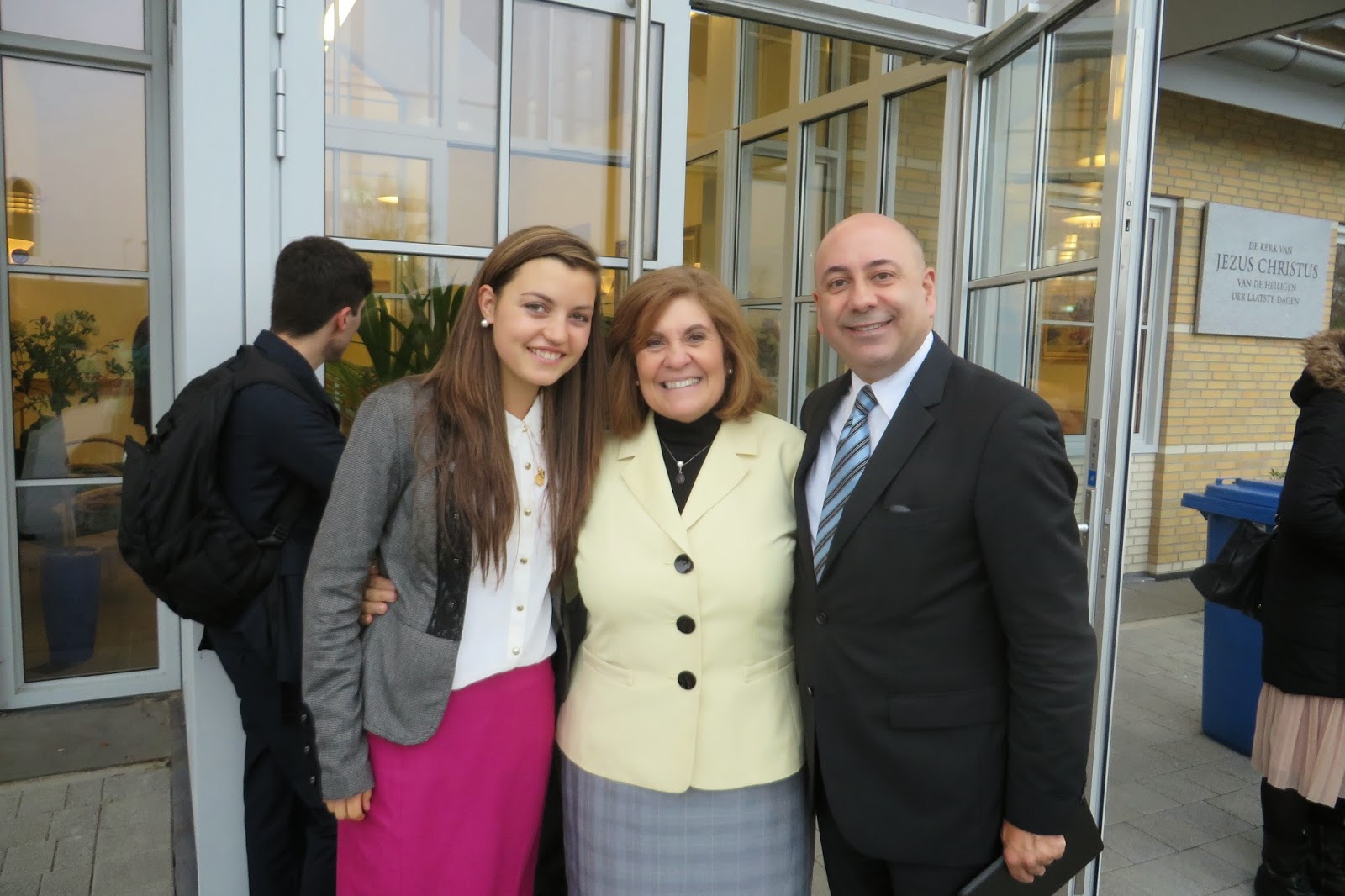 
Familie Riley...
Fijne Sinterklaas! Be sure to leave your shoe out beneath the fireplace with a carrot for the Sint's horse and a pint of (root?) beer for Zwarte Piet (the Sint's debateably politically incorrect little helper- it's a racial controversy here) and find some cadeautjes on the morning of the 6th (sound familiar to the O'Riley leprechauns?).

Turkey Bowl was fun on Tuesday, mostly because half of us were playing real football (ever since I gashed my shin open, I'm not the hugest fan of American football), and on Thanksgiving day we got to hear from the amazing Sister and hilarious Elder Moreira (he's a Portuguese member of the Seventy)- they talked about teaching with love, opening our mouths to see miracles, and how even with advances in communication via social media, the missionary force is important because we are to personally represent the atonement in every home.

On Tuesday night, we had to swing by someone's house in the nearby dorpje of Arendonk, and had some extra time so we knocked doors to find people... but, turns out it was Sint Katrienas (village patron saint) Dag which meant all the kids and parents were also going langs de deur with lanterns and singing songs, and getting bags of treats... one lady was really sweet and explained this holiday to us, but so many others were so stingy and said they were here for the kids, or would recoil with horrified gasps as soon as we mentioned the Savior's name. But then we came back to Turnhout and ended up finding two new investigators and were let in to teach a lesson to Mvr. Dierckx, and talked briefly with Ghilal and his family and will return with a Greek book for him.

On Wednesday morning we met an older and wealthier Belgian man who'd met with missionaries years ago and has concluded that the Book of Mormon is at best interesting science fiction and told us that we were blindly following so-called prophets and we need to take a step back and Zuster H bore passionate testimony, but he wasn't listening because we also agree that it's important to reason and think for yourself... in fact, we share a formula for more light and peace and knowledge, and let people ask the source of all truth themselves, to see if it can mean something for them.

The ward has been having someone fast every day this past moth for missionary work, and we've seen a lot of miracles in finding new people. On Vrijdag we were walking because Zuster Hansen ahd a flat tire, and that proved to be quite the blessing, because we were able to talk to so many more people (eye contact= I contact), and we found Alyssa! She's our age, so sweet and cool and Christian and wanted a BoM and set up an appt.! She also loves that we're American.

We also met Tijren, who met with Elders 35 years ago (when I totally wasn't even born) and she is really interested in Family History.. speaking of which, we gave the Evangeliebeginselen class at church on that onderwerp, and the photobook you made me was a hit.. we passed it around to show pictures of the temple. Attila is still open and curious, but we need to help him realize this can mean something for him personally, too. Ibrahim crawled under a table to avoid our appt. (on Thanksgiving night actually) haha.. we had a good lesson with Isaac at Familie Nwafor again. And found Ermon, and had such a cool Restoration lesson.. he said he has all the same Qs as Joseph Smith. 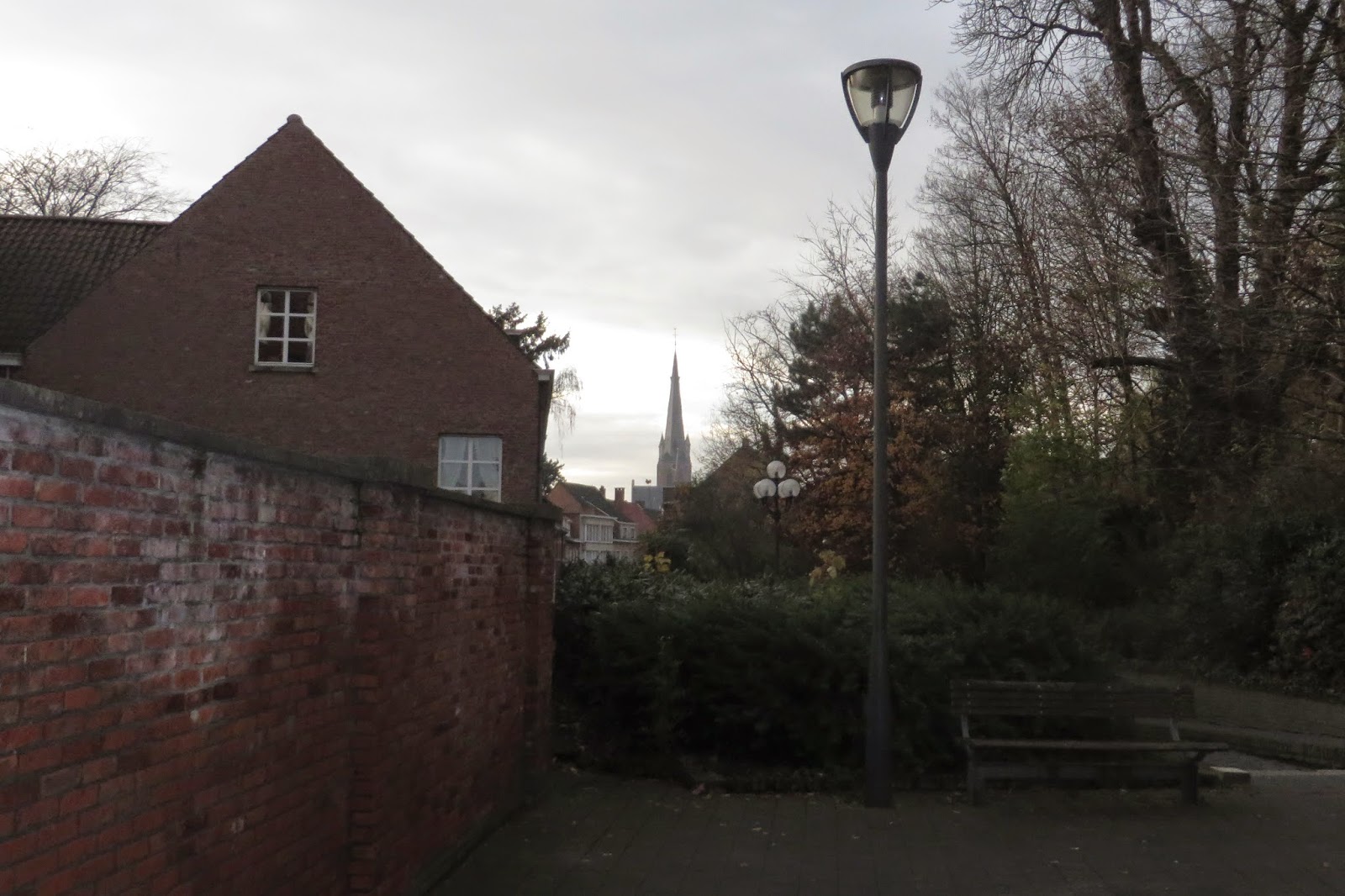 And our cute street.

From the mission blog: 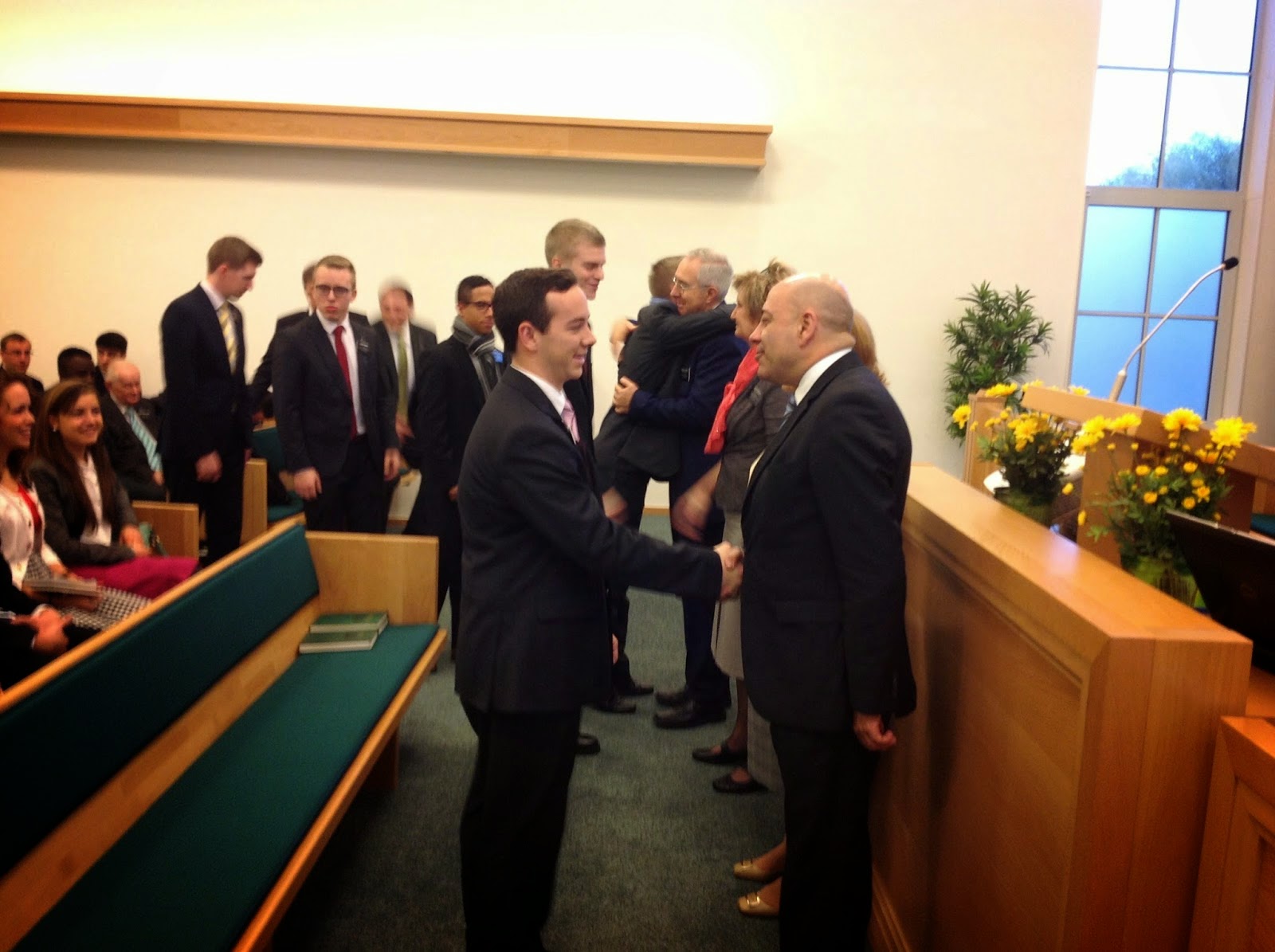 I spy Zuster Riley! (sitting, on the left) 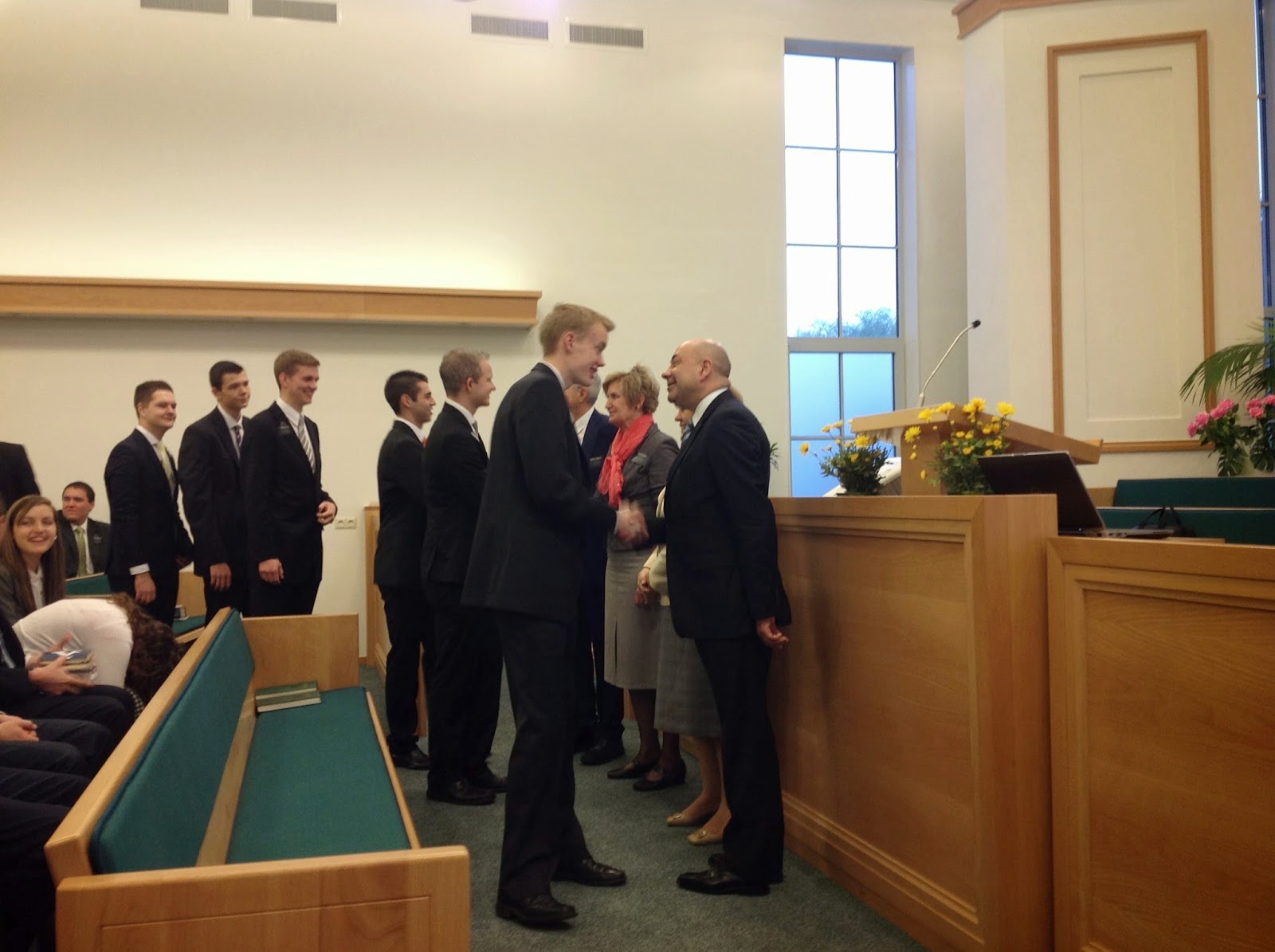 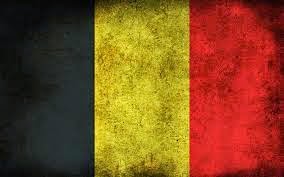 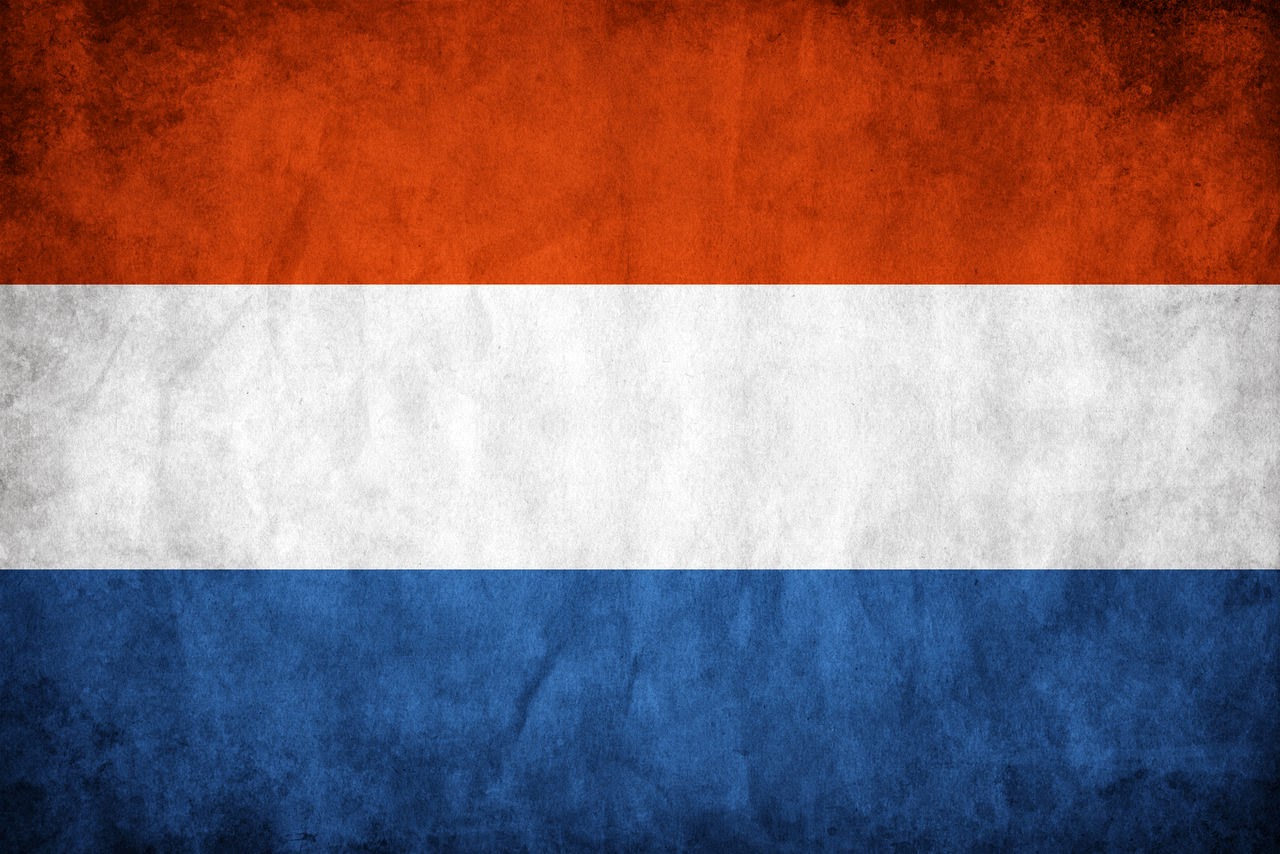 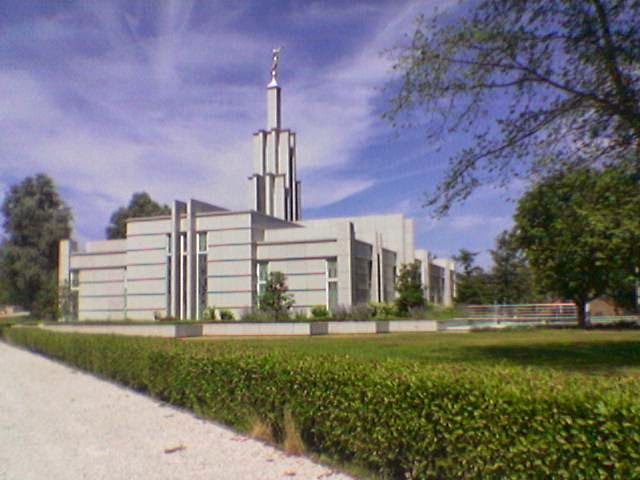